Productivity Hacks To Help You Crush It

It might be a trite phrase, but to maximize your success in life, you want to learn how to work smart, not just hard. In reality, you’re going to have to do both. However, “working smart” will enable you to not have to work as hard, and who isn’t a fan of that? Working smart is all about finding ways to be efficient while still being productive. It’s about getting the most output for your inputs – many of us refer to working smart as productivity hacks. We don’t like the phrase productivity hacks – it implies that working smart is the same thing as taking a shortcut. It’s not – working smart is about being strategic about what, when, and how you approach something.

While it is generally true that learning how to “work smart” is important, it’s especially true as you pursue a career in management consulting. Client demands and the demands of your manager and coworkers can, depending on the project, lead to working 70, 80, 90 or more hours per week if you don’t actively manage your time and workflow.

In this article, we’ll first take a moment to explore the concept of “productivity.” Although it’s a word that most people have no problem understanding on an intuitive level, a slightly deeper exploration of the concept can be helpful as we move into a discussion of productivity killers and “hacks.”

What does it mean to be productive?

The definition of the English word productive, according to Webster, is all about “producing in abundance” or “yielding results.” But it’s important for aspiring consultants to consider the definition of productivity used by economists. For economists, productivity is all about the “ratio between the output volume and the volume of inputs.” By this definition, you aren’t more productive if you work 12 hours instead of 8 and produce 25% more. After all, you just worked 50% longer but only produced 25% more output. You were, in fact, less productive on a per hour basis, although more work was completed during that one day. Of course, your manager or your client doesn’t really care how much you worked. They are happy about the 25% increase in output in that day. So, there can be a disconnect between productivity from your perspective and productivity from someone else’s perspective.

In the consulting profession, you always need to think about that ratio of input to output and consider the opportunity costs of the time you are investing. From your manager’s perspective, if you work 12 hours instead of 9 hours and do 15% more work, that’s a good tradeoff. He wants to get the most out of the team each day. But for you personally, that’s 33% more work, and only 15% more output.

When thinking about productivity it’s important to consider your vantage point. Are you being productive for yourself, or for someone else? Thankfully, work productivity hacks are relevant to our personal pursuits as well. So the more we develop these skills, the better many areas of our lives become.

Procrastination is the “act of unnecessarily postponing decisions or actions.” For example, if you need to write an essay but end up wasting time on the internet even though you know you should be working, that means that you’re procrastinating. And as you are already painfully aware of: the more you procrastinate, the less productive you will be.

Why do you procrastinate? In the article referenced above, it is noted that when we have to get something done, we rely on our self-control to maintain our focus. If we are sufficiently motivated, we can usually put in the time and effort to complete the task. But if we don’t enjoy the task, or we are physically tired, or the “reward” for completing the task is far in the future, our brains seek a near term “fix” associated with checking email or social media or talking to a friend. Essentially, it’s a matter of prioritizing the near term superficial “high” over the long-term importance of focusing on the task at hand.

Let’s assume you aren’t a procrastinator at all. In fact, you can 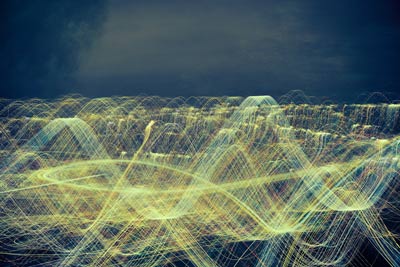 work hard and focus on a single goal for long periods of time. But you aren’t very organized. What happens? In this case, your ability to prioritize and focus on the right tasks becomes the problem and, just like the procrastinator, your productivity suffers. The procrastinator (in an extreme example), knows perfectly well the three less-than-exciting things he or she must do today. But she keeps finding reasons to not actually work on them, and so they don’t get done today.

The disorganized employee works really hard to complete a variety of tasks, but because of a lack of organization skills, she may have focused on the wrong things during the day. The result is the same. A manager asks for an update on the projects he feels are most important, and the employee is forced to admit a lack of progress on these initiatives. The problem, though, wasn’t procrastination or lack of effort. Instead, the employee simply lacked organization and prioritization skills.

1. Use The Pomodoro Technique

One way to fight procrastination is to use the Pomodoro Technique. Struggling with the habit of constantly checking email or social media? Try setting a timer for 25 minutes. Tell yourself that during these 25 minutes, you will focus on nothing but the task at hand. But after that 25 minutes, you can do whatever you want (i.e. browsing social media or the internet) free of guilt for 5 minutes. In fact, that 5 minutes is a critical part of being productive, because it allows you to take a mental break from the sustained focus you just exhibited. The 5-minute break is a reward for your sustained 25 minutes of focused effort. This technique has been scientifically proven to increase productivity.

Quite simply, email is a brutal productivity killer. Checking your email causes you to lose focus on whatever it is you are currently doing. You then have to re-focus on what you were working on. It may be a minor loss of concentration, but it’s there. But the productivity havoc doesn’t stop there. Once you’ve read something new, you are now switching back and forth between whatever it is you just read about in your email, and the task you were focused on before you checked your email. Now, you need to regroup mentally and re-focus on the task at hand. You’ve lost time and become much less productive.

Rarely (very rarely) do you read an email that actually requires an immediate response. And often, you’ll check your email when you aren’t in a great position to respond anyway. So, you get some bad news via email. But there’s nothing you can do about it right now. All you’ve done is stressed yourself out and made it more difficult to focus on whatever you were doing before checking your email.

Tim Ferriss of the 4 Hour Work Week suggests “batching” your emails. Check only twice a day (or another predetermined number). Batching reduces the number of times you will lose focus throughout the day due to random inbox checks. During your pre-scheduled batching, you are able to fully dedicate yourself to providing thoughtful email responses.

As mentioned earlier, procrastination is often a function of loss of willpower and mental fatigue. You just don’t have the motivation and mental stamina to stay on task. One key to increasing your mental stamina is to look after your physical and mental health. A personal wellness plan that includes eating better, exercising, and even practicing mindfulness / meditation increase your ability to concentrate can help you stop procrastinating. The better you feel, mentally and physically, the more willpower you’ll have and the easier it will be for you to sustain prolonged periods of concentration.

1. Write Down Your Goals And Establish Deadlines For Each One

Writing down your goals and establishing deadlines is a key dimension of becoming more organized and productive over time. These goals should be linked to your to-do lists (see next hack), and critically, a deadline should be established for each. Better yet, mention these goals to co-workers, friends, or family. These steps create the structure and accountability to enable you to get more stuff done over time. These goals can be short, medium, or long term in nature.

Using lists is a core element of becoming more organized. One of our favorite books is

“Getting Things Done” by David Allen. One of the main ideas put forth in the book is to actively use various types of lists. This allows you to take activities you need to complete out of your head and feel comfortable that everything you are responsible for is safely documented on one of your lists. This reduces stress and increases the chances that you’ll complete more of these tasks (vs. forgetting about them).

Most people have more willpower and mental stamina in the morning than in the evening. If you start your day by checking off easy tasks on your to-do list, you might find yourself fighting an uphill battle to complete the important items later in the day. As you sit down after lunch to tackle your complex project, without realizing it, you might start procrastinating, checking email, taking breaks, etc. Why? Because your willpower and mental stamina is wearing down.

So, one simple antidote is to start each day by identifying and completing 1-2 “major” tasks that require substantial mental effort and time to complete. Save the “easy stuff” for later in the day.

To be more productive, you must get more things done in any given period of time. In consulting, this is particularly important. The two major things that eat away at productivity are procrastination and disorganization. We trust this list of productivity hacks for work, school, and life in general, puts you on a path to increase your productivity by addressing these two issues.